Robin was born and raised on a small dairy farm in Mallorytown, Ontario. Guild and his wife Lorna have been married for 31 years. They are the proud parents of three children and two grandchildren. Robin, who moved to Wabasca 33 years ago, dropped out of high school in grade 12 because he was terrified to give a speech which was mandatory to pass a class. He persevered, graduated high school and worked as a technician with AltaGas Utilities for a number of years. In addition to his work experience with AltaGas Utilities, Robin is a council member with the Municipal District of Opportunity, serves on the board of directors for the Pee Kis Kwe Tan (Let's Talk Society) and was a local school board committee chair for St. Theresa School. As Board Chair, Guild’s priority is to help increase student attendance rates and ensure Northland schools are properly funded in order to meet the needs of each school community.

Jules, fluent in the Dene language, was born and raised in the community of Janvier. A father of three and a proud grandfather, he graduated at Composite High School in Fort McMurray. Jules is one of five siblings, two brothers and two sisters. Currently, Nokohoo is the Director of the Janvier Dene Wood Buffalo Community Association and is a volunteer firefighter. He is an ex-RCMP officer and has previous experience as a heavy equipment operator, community liaison with the Regional Municipality of Wood Buffalo and served on chief and council with Chipewyan Prairie First Nation and as local school board committee chair with Father R. Perin School (Janvier). As Vice-Chair, Jules wants to ensure education is on the front page. He says it is important students are guided in the right direction and become successful.

Cathy was born and raised in Grande Cache and its surrounding communities. Wanyandie is a descendent of those evicted from the Jasper National Park in 1910. At a young age, Cathy’s mother passed away and was raised by her late father Dean, along with two brothers and a sister. She has two children, Kyleigh and Deanna Rain. Cathy currently works for the Aseniwuche Development Corporation as an administrative assistant. She has taken training as an herbicide assistant applicator and has volunteered her time with Susa Creek School and the Aseniwuche Winewak Nation. The most influential people in Cathy’s life are Rachelle McDonald and her late father, Dean Wanyandie. She says, “Rachelle has extensive knowledge in so many subjects. I always know I can count on her for advice. My late father always reminded me that I have a voice.” Cathy says being a former Susa Creek School student helps her understand challenges the school faces.

Randy was born in High Prairie and raised in Grouard and the Gift Lake Métis Settlement. He is the proud parent of four children and eight grandchildren. As the Ward 3 Trustee, Randy brings 27 years of leadership and management experience. He started his career as a corrections officer and worked his way up to supervising correctional programs. Randy has built and operated businesses and worked with the Gift Lake Metis Settlement to explore viable economic opportunities. He is currently the manager of Indigenous relations for Northern Lakes College. Randy credits his parents for helping him become the person he is today. He says they instilled the work ethic and encouragement needed to achieve success. Randy sought to become a school board trustee because he wanted to share his knowledge of working with people and communities and believes education is the key to building vibrant communities. 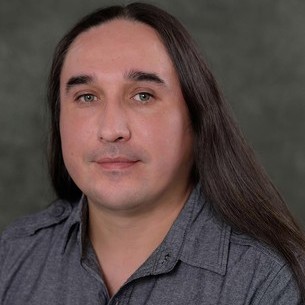 Jesse was born in High Prairie and raised in the community of Grouard. Lamouche, who has an identical twin brother, comes from a family of five boys and two girls. He attended Grouard Northland School from preschool to grade 9 and attended high school in High Prairie. Jesse says the most influential person in his life was his kokum (grandmother). He says, “She was a strong, yet soft soul. She taught us right from wrong and guided us into the adults we are today. Made us proud of our ancestry and influenced our traditional awareness.” As the Ward 4 Trustee, Jesse wants to play a part in a better tomorrow and thought education is a good place to start. He also says, “I have always been proud of where I grew up and I believe our children should feel the same way. I hope our present and future generations hold our world with respect and pay it forward in any way they feel is right.”

When you meet Louis Cardinal for the first time, you know education has a special place in his heart. A Peerless Lake resident, Louis supports the school on an ongoing basis and served eight years as a Peerless Lake Local School Board Committee Chair. Louis believes education is the foundation our young people need to make a difference in this world. He says, “It is the right of all children in the communities of NSD to become as educated as they can in the ways that will give them the greatest opportunities to succeed in whatever future endeavors they wish to undertake.” As the Ward 5 Trustee, Louis says it is an honour to represent Peerless Lake, Trout and Little Buffalo and is looking forward to giving people the opportunity to share educational concerns. He also says he looks forward to supporting students, parents, guardians and staff to achieve success.

The life journey for Silas began in the old Desmarais Hospital. In his early childhood, his family lived in British Columbia where he attended school until grade 6. Yellowknee, one of eight children, four brothers and four sisters, returned to Wabasca-Desmarais at age 13. He met his wife of 35 years in grade 9 and both graduated at the old Mistassiniy School. They have two children, son and daughter, and both graduated at Mistassiniy School. Yellowknee’s work experience includes four years with the RCMP, oil and gas operator and today is the manager at E and M Grocers. Silas credits his father for instilling the strong work ethic he and his siblings have today. As Ward 6 Trustee, he wants to ensure educators are held accountable and students are in the best position to be successful.

Loretta, who has three brothers, was born in Athabasca and raised in Calling Lake. Gladue and her husband have two sons and five grandchildren. Loretta’s late father is Métis and her mother is First Nation from Bigstone Cree Nation. A product of Calling Lake School and Edwin Parr Composite High School in Athabasca, Gladue went on to study hairstyling and business management. She currently operates a construction business called Calling Lake Crews 4/U LTD. with her husband and two sons. Both her sons graduated from Calling Lake School. Loretta’s past work experience includes administration assistant for former MLA Mike Cardinal, youth worker, elected councilor with the Municipal District of Opportunity and served on the Region 11 Child and Family Services Authority. Loretta says her biggest sense of accomplishment was working with Bigstone Cree Nation while the Treaty Land Entitlement Claim was settled in 2010. As Ward 8 Trustee, Gladue says she understands the challenges coming from a rural community and wants to ensure NSD students get the best possible education.

Rubi was born and raised in the community of Fort Chipewyan. Sakeskanip’s education background includes a Bachelor of Social Work Degree, a Masters of Applied Behavioural Sciences Degree and is working on a thesis for a Doctor of Education Degree. An interesting fact about Rubi, her grandfather was one of the headman who signed the Treaty 8 in 1899. As the Ward 9 Trustee, Rubi wants to honour the dreams of the past Indigenous leaders for this generation and into the future. She also believes every child has a right to education within the communities while accessing resources from mainstream society.

Karen’s journey began in Elk Point, Alberta. Telford, one of eight children, was raised by her parents, late William Desjarlais and Grace Durocher in the Fishing Lake Metis Settlement. She has been married to her husband Rob for 23 years and their son Wyatt is attending the University of Saskatchewan. Karen has a Social Work Degree through the University of Calgary and a Massage Therapy Diploma from Grant MacEwan University. She is currently taking an Herbal Practitioner Program through Creston College. Telford has worked for government, non-profit societies and local settlements and has been practicing massage therapist/holistic practitioner for 12 years as a sole proprietor of Bears Paws Holistic Health. She also teaches Métis dancing and Indigenous crafts on a volunteer basis. As the Ward 11 Trustee, Telford believes her experiences have her prepared to help advocate for children.