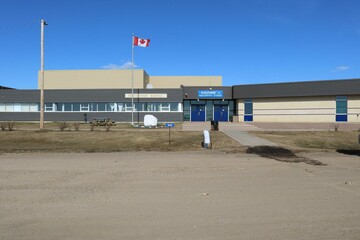 The Mistassiniy School Modernization is moving forward as planned. The modernization was officially announced by the Government of Alberta on April 27, 2018. Since the announcement, an architect was selected, and meetings have started to outline what needs to be accomplished.  Staff, parents, and community members have been and will continue to be involved in the design phase.

Before the October 26, 2019, Regular Board Meeting, Northland School Division (NSD) and Bigstone Cree Nation hosted a community meeting on October 22, 2019, at Mistassiniy School. The purpose of the meeting was to gather input from parents and community members about the concept of a joint NSD and Bigstone high school in Wabasca-Desmarais. After discussing the input from parents and community members, the Board approved to move forward with the Mistassiniy School Modernization and support a joint high school concept in Wabasca-Desmarais.

“The Board is excited to continue discussions about a joint high school concept with the Wabasca-Desmarais community,” said Jules Nokohoo, Vice-Chair. “The Board also felt it was important to move forward with the Mistassiniy School Modernization. Students and staff in Wabasca-Desmarais have been waiting a long time for a modernized facility that better aligns with 21st-century learning. We didn’t want to risk the project being delayed or cancelled altogether.”

The preliminary modernization design includes a new gymnasium, career and technology spaces, and classroom for cooking, better natural light and culture space. Construction is slated to begin in 2021.